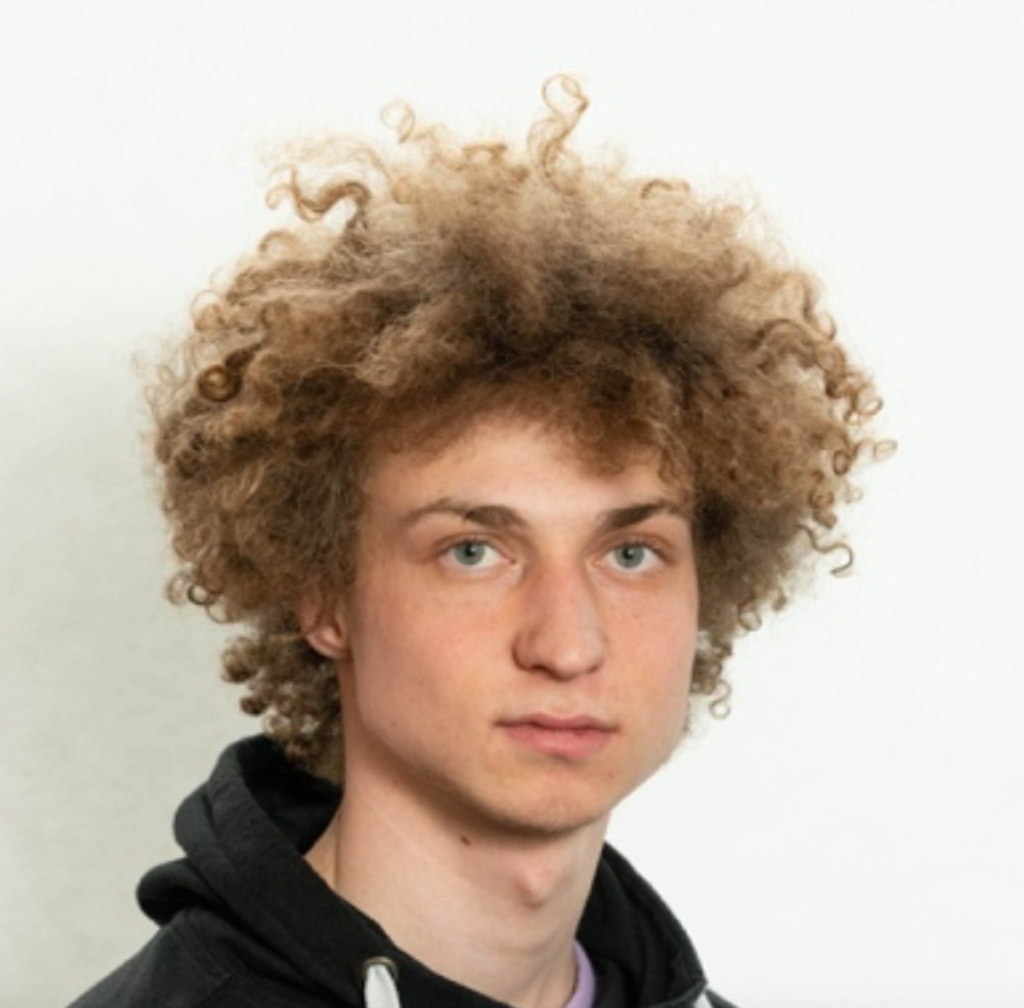 In September of 2017 I left Budapest (Hungary) for Vienna (Austria) with my family. This allowed me to have the chance to see two different countries, their advantages and disadvantages and led to having a larger perspective.
I am a very enthusiastic person, who likes thinking and speaking. I am fluent in Hungarian, German, English and learn Russian.

I played Saxophone for 5 years and juggled for 3 years. When I was 12, I started Orienteering running. Sport and movement is very important for me, and I have already stood 4 times on the podium at National Championships.

But my passion is entrepreneurship. It always was. Working on something new, to make a difference in the world. Since I am 9 years old I have made businesses at school. These businesses were small, I did not earn a lot, but they showed me how I can use opportunities, and take responsibility.

In grade 12 I started my second big project: I founded my first official enterprise, greenager.org to make it possible to stand for climate justice everywhere, anytime in a sustainable way. I was able to attract a Wirtschaft Universität Wien student to invest 5000€ and have already sold over 200 T-shirts in central Europe, and won a competition of Jane Goodall ś organization, Roots & Shoots.

In 2021 I graduated from high school in Hungary. Despite the difficulties caused by the Covid-19 Pandemic, I graduated on advanced level in English and Mathematics, and was able to reach an average mark of 1.0* With score of 98% in history.

I applied to Oxford and UCL. I got an offer from UCL, and my grades were good enough to get in but I did not have the financial background to pay over 30 000€ per year. So, I started my studies in Vienna.

My life goal is to work on a better world. I have a plan to promote cultural and economic development in the Hungarian county of Borsod-Abaúj-Zemplén, and in doing so, help boost the Hungarian economy as a whole. I am particularly interested in improving relations between Romani people and „white” Hungarians in the county, and to help decrease or finish discrimination which the Romani people suffer from. I want to work towards connecting city dwellers with nature. To this end, I aim to become the CEO of a company which produces autonomous Air Taxis.

My way to achieve these goals is to learn from my role models: The life story of Mahatma Gandhi with his incredible self-discipline; In the world of business the perseverance of Elon Musk; And the goals and methodology of István Széchenyi, a 19th century Hungarian national reformer.

My Personal Statement to UK Universities

As I stepped into the house I caught sight of the huge high-tech TV. Although this gipsy family in the 2nd poorest county in Hungary had no money to pay for warm water or fix the broken window, they had bought a TV set because that is the only opportunity to forget about their life. This was the first time I realised Hungary has huge economic differences. I had always been trying to understand why some regions are wealthier and some impecunious.I am intrigued by the people people function. Economics is the physics of mankind’s behaviours, it propels our society and is the key of development. For this same reason I am really interested in learning languages. I learn English, German and Russian. At the age of nine, I started my first business with my best friend. We did not make a lot of money, but I was amazed to see how some old stones could be transformed into money. From then on I made several businesses at school such as a school magazine or a candy shop. At 14 I organised a runners Cup with over 200 Participants and a 1000 budget. As we left Hungary for Vienna, I was fascinated by the idea of shaping the future, especially how Gandhi with his self-discipline, Elon Musk with his perseverance and Istvan Szechenyi with his methodology were doing it. Their work and biographies helped me to push myself learning, despite the harder circumstances in the new country. I started to learn about forex. I invested in and made a profit with bitcoin. I went to Rudolf Steiner-School in Vienna for 3 years. These years helped me gain an objective, critical perspective of the way of living both of the countries Hungary and Austria. Since I want to become an entrepreneur, this ability is very advantageous. As Fridays for Future became popular I started to learn about sustainable economics. I wrote a 20-paged school-thesis on Economy for Future. I interviewed successful businessmen and a founder of the European Credit Initiative. I established the Greenager concept: A climate-positive company that is making competitive products and a profit as well. I was still more ambitious, so I founded my first official enterprise, greenager.org to make it possible to stand for climate justice everywhere, anytime in a sustainable way. I was able to attract someone to invest 5000 and have already sold over 150 T-shirts in central Europe. I loved it. Sometimes I would be working through the night without stopping for an hour, experiencing the stories that I had read about my role models. One week before the Covid-19 lockdown, I had an idea about connecting students to parents by a babysitter platform in order to restrain the infection in kindergartens. I found a team and we almost set up the platform in a week, but the government was faster. Although we could not activate the platform, I have learned a lot about team coordination. During the lockdown I watched documentaries about the 1929 Market crash and the 2008 recession. I studied the stock-market. I am especially interested in Chinese economic development. A year before, I had attended a lecture about local currencies and the idea impressed me. I made a plan for a local currency to help the post-pandemic economic recovery in BAZ-County, Hungary, with an entrepreneur association and a BAZ-supermarket in order to avail to the local entrepreneurs. This system would help to develop the local market, and in long term the corporations growth and development of the local industry. I am looking forward learning about other perspectives on how the economies function. I am especially interested in comparing alternative economic systems to ours. My hope of the course is to get a deep understanding and skills in economics. This could support my later work at economic development in BAZ-county. I think the UK is the best place to get in touch with intellectual, international students. My dream is to create an international company focusing on sustainability and to pull the BAZ-county out of poverty.

We use cookies on our website to give you the most relevant experience by remembering your preferences and repeat visits. By clicking “Accept All”, you consent to the use of ALL the cookies. However, you may visit "Cookie Settings" to provide a controlled consent.
Cookie SettingsAccept All
Manage consent

Any cookies that may not be particularly necessary for the website to function and is used specifically to collect user personal data via analytics, ads, other embedded contents are termed as non-necessary cookies. It is mandatory to procure user consent prior to running these cookies on your website.